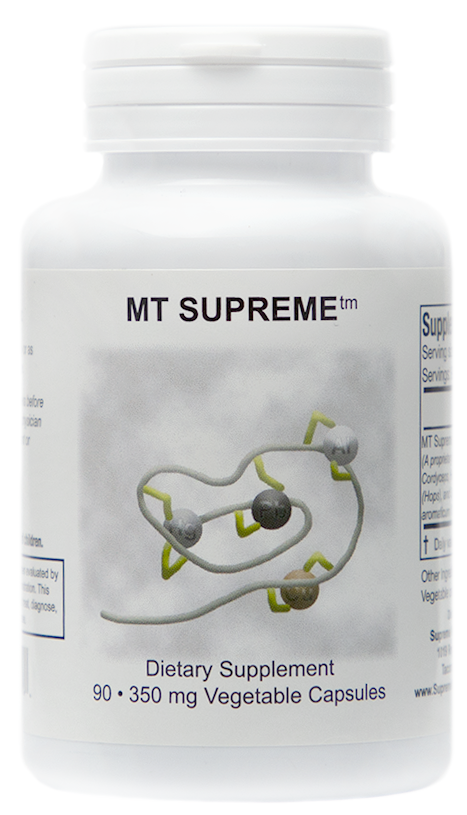 Exposure to heavy metals can cause many different health ailments including neuropathy, organ failure, cancer, fatigue, brain fog, etc. Clinically we have seen metal toxicity correlate with numbness and tingling sensations, drooling at night, outbursts of unprovoked anger or depression, balance issues, sensitivity to EMF’s, gum and/or tooth pain. Some of the more common heavy metal exposures are copper, lead, mercury, aluminum, and arsenic. The most common ways to try and detoxify heavy metals is via chelation therapy or detoxification agents.

In addition to taking supplements that bind to heavy metals, ones body has its own way to detoxify itself of various heavy metals. One of the ways is through a protein called Metallothionein (MT).

Metallothionein has been shown to bind copper, mercury, silver, arsenic, etc (1). It has been shown to help protect against oxidative stress in addition to protecting against heavy metal toxicity (2). Studies have shown MT to bind to superoxide and hydroxyl radicals, as one of its ways to decrease oxidative stress (3). It also works by inhibiting NF-κB signaling (4). By increasing MT in the brain, mercury, among other metals, can be detoxified (5).

Decreased levels of MT have been thought to be a cause of oxidative stress, autism, depression, intestinal inflammation, reduced natural killer cells, and blood-brain barrier dysfunction. After Glutathione levels are used up, MT takes over the main job of heavy metal chelation. MT is a key part of maintaining adequate zinc levels in the body (6). Those with autism often have altered zinc to copper ratios, which is a key role of MT (7). “MTs are very important proteins in brain functioning mainly located in astrocytes which can protect neurons against exitotoxicity induced by experimental models of epileptic seizures or in damaged brain tissue as a result of focal cerebral ischemia through modulation of events such as inflammation, oxidative stress, and apoptosis (8).”

Reduced MT levels have been associated with Alzheimer’s disease (9). Defective MT function has been shown to potentially contribute to cancer (10). MT levels have been shown to dramatically increase when the body comes under infection. In cases of children with sepsis, those having higher levels of MT have a much higher survival rate. With the binding ability of MT to zinc, MT is responsible for moving around zinc to where the body needs it during times of infection (11). By transporting zinc to certain areas of the body MT can assist in fighting candida and other microbial infections (12).

MT supreme contains a proprietary combination of Cordyceps, Humulus lupulus (hops), and Syzygium aromaticum (clove). Each of these ingredients have been shown to increase MT product in the body.

Humulus lupulus has been shown to increase MT production and increase mercury excretion (14).

Syzygium aromaticum contains high amounts of Eugenol, which has been shown to increase production of MT in the brain (15).

In metal toxic patients we feel that MT Supreme complements Takesumi Supreme as they operate differently and can give you even better results than just Takesumi by itself.

Do not take if you or your family has a history of estrogen dependent cancer. Discontinue use 2 weeks before surgery. Consult your physician before taking if you have a bleeding disorder.